70% off EVERYTHING on the store till Monday!

From in-game ranks to private mines, its all on sale!

Explorer
What area of the server are you making the suggestion for?
Atlantic

What is the general idea of the suggestion?
Legendary Enchantment

Explain the suggestion.
I LOVE to pvp on MCPrison, as it brings fun to the server and stuff to do. But i realized there aren't many people fighting unless something is going on. I explained it better in the Suggestions channel in discord but every time there is a fight, the other person always dies and gets mad that he lost his items, well i ask you guys to make an enchantment called "Finders Keepers" and it can go onto levels 1-3. But what it does is when applied to the specified armor / weapon, you have a chance of not losing your items and you keep it on death. In my opinion, it can bring more gfights to pvp as people wont be as scared to fight because they might not lose there items. Each level has a higher chance. I think its an amazing concept. Let me know!

Explorer
I would like to see this, I can admit that pvp can be somewhat boring at times.

Explorer
**** idea, would be annoying asf in the long run

Explorer
I agree I think this would end up being annoying 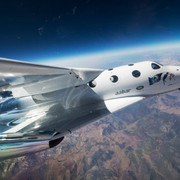 Hey guys, I'm a huge fan of Virgin Galactic - do you know what the next flight date gonna be? Already tried to search - discover more
- but no info available...
R

Hey guys, I'm a huge fan of Virgin Galactic - do you know what the next flight date gonna be? Already tried to search - check this site out
- but no info available...
H